How Long Can You Keep Hard-Boiled Eggs? 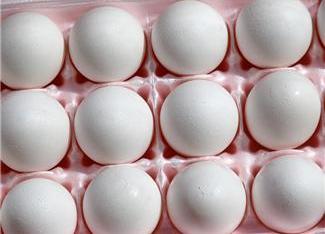 With egg dyeing just around the corner, many may be wondering how long hard-boiled eggs can be kept before they spoil. Generally, hard-boiled eggs can last a week in the refrigerator. Even with its natural (but easily cracked) calcium-carbonate container, a hard-cooked egg is a perishable food, so it shouldn’t be kept at room temperature for more than two hours.

How old are your eggs?

To find out how old your eggs are, take a look at your egg carton. Each carton with the USDA grade mark carries a “Julian date,” usually on the short end of the carton, indicating the day the carton was packed. The Julian date is a three-digit code representing the day of the year, with 001 meaning Jan. 1 and 365 meaning Dec. 31. The larger the number, the later in the year the egg was packed.

The fresher a hard-cooked egg is, the harder it may be to peel. According to the Egg Safety Center, an organization supported by the egg industry, fresh eggs have a smaller air cell, which is located at the large end of the shell between the shell membranes. The older the egg and the bigger the air cell, the easier the egg is to peel.

Did you know? Raw eggs keep a lot longer.

Interestingly, hard-boiled eggs do not keep nearly as long as raw eggs, which can last three to five weeks in the refrigerator. There is a good reason for this. When a hen lays an egg, it puts a naturally protective coating on the outside of the shell. The bad news is, during the washing and sanitizing process before packaging, eggs lose that coating. But the good news is, processors replace it with a tasteless, natural mineral oil coating. However, that coating is removed when you hard-boil the egg. So, even if the egg’s shell remains uncracked, it still is slightly porous and, without the coating, is more exposed to the elements.

How to spot a spoiled egg

You will know a spoiled egg when you crack open the shell. Whether raw or cooked, a spoiled egg will have an unpleasant odor. No question about it: throw it out.

Don’t worry about the green ring around the yolk.

On the other hand, don’t worry if you see a green ring around the yolk. According to the U.S. Department of Agriculture’s Food Safety and Inspection Service, that usually means the egg was overcooked and allowed sulfur and iron compounds in the egg to react on the yolk’s surface. Sometimes the green color is traced to a high level of iron in the water used to boil the eggs. If you’ve ever truly seen “green eggs and ham,” it likely means that the scrambled eggs were cooked at too high of a temperature or held on a steam table too long — they can also develop a greenish cast. Again, don’t worry: Though unappetizing, eggs with a green color are safe.

For more information on egg safety, see the USDA fact sheets Shell Eggs from Farm to Table or the Egg Safety Center’s website.

This article originally appeared in Chow Line (4/8/07), a service of Ohio State University Extension and the Ohio Agricultural Research and Development Center and was adapted for use on NetWellness with permission.

Go to the Injury Prevention and Safety health topic.