What We Can Learn from the Most Recent CBD Usage Statistics 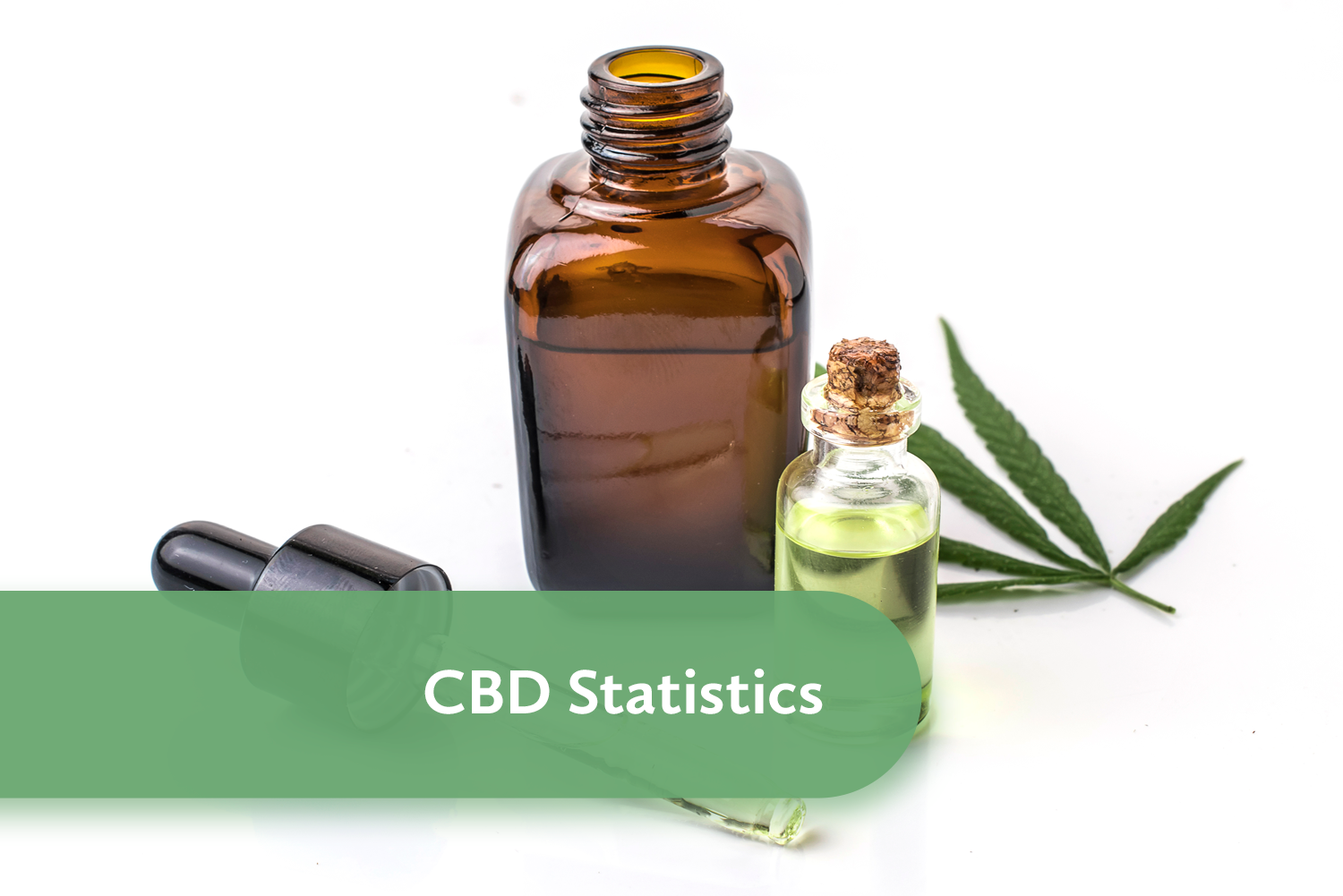 Several recent happenings have impacted the use of CBD in the United States in the past few years, making this a major area of interest for businesses and consumers alike.

If you’re unfamiliar, CBD is short for cannabidiol, an extract from the cannabis plant that has been linked to a variety of health benefits. It works by positively interacting with the body’s endocannabinoid system, which is a system that helps support functions related to sleep, memory, pain, and more.

Of these happenings, there are three that are notable for dramatically changing the landscape of the CBD market.

One is the passage of the Farm Bill of 2018. This bill removed industrial hemp from the Controlled Substances Act, effectively legalizing it as long as it contains no more than 0.3 percent THC. [1] This has enabled farmers and manufacturers to grow hemp plants and sell the resulting CBD products without fear of being arrested or fined by the U.S. Drug Enforcement Agency (DEA).

Another factor that has impacted CBD usage in recent times is that more and more U.S. states are legalizing marijuana. [2] For some states, this legalization only allows the use of medical marijuana or medical cannabis when a specific diagnosed medical condition exists for which marijuana has been found to potentially help treat. States that fall into this category include West Virginia, Montana, Arizona, and Pennsylvania.

Other states have legalized marijuana on all levels, making it available to users for both medicinal and recreational purposes. California, Colorado, Michigan, Alaska, Oregon, and the District of Columbia are a few of these states. Still others—like New York, Minnesota, and Missouri—have decriminalized marijuana, yet its legal status is still somewhat mixed.

CBD statistics and, ultimately, CBD sales, have also been affected by the U.S. Food and Drug Administration (FDA) approving Epidiolex, a drug used to treat two rare, but severe forms of epilepsy: Lennox-Gastaut syndrome and Dravet syndrome. [3] Epidiolex contains CBD, which was a first for the FDA. 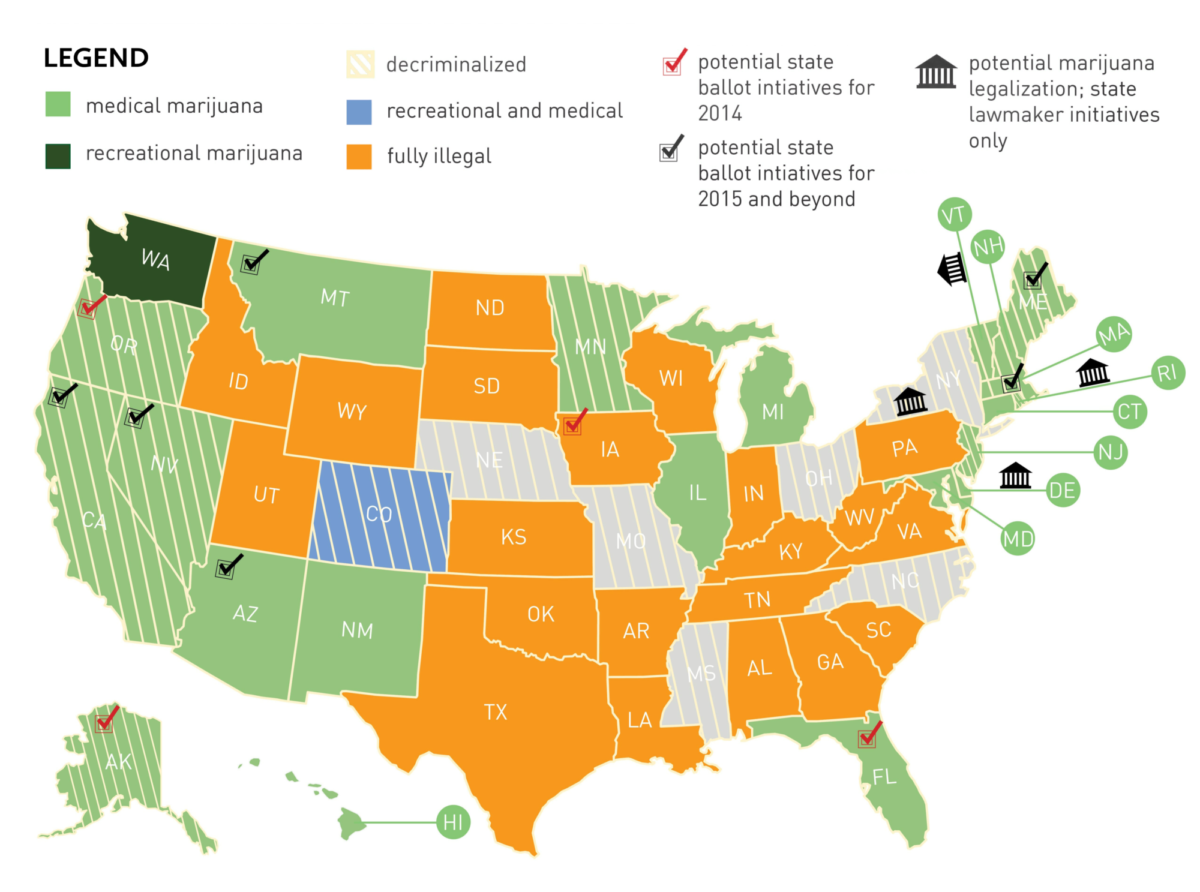 CBD Statistics and What We Can Learn from Them

Now that CBD is more accepted and more mainstream, we are just beginning to learn more about both CBD usage in general and the CBD users themselves.

Together, these CBD statistics tell us a great deal about some of the most recent trends in CBD use. What are these trends and, perhaps most importantly, what can we learn from them?

Because we live in a digital age, it is much easier to measure changes in interest simply by paying attention to what people search for on the internet. According to a study published in the JAMA Network Open, users conducting CBD searches online increased 125.9 percent in 2017 over the year before. [4] Three-digit increases have continued to occur since, growing another 160.4 percent in 2018 and an expected growth rate of 117.7 percent in 2019.

These numbers highlight the increased interest in CBD, which suggests that more people are looking for natural health remedies for their physical ailments versus relying on traditional medicine, which often includes the taking of prescription drugs.

This same study took CBD usage searches and broke them down monthly. This showed how searches for this hemp plant extract compared to searches conducted for other common health remedies.

For instance, researchers found that, in April 2019, more online users searched for CBD than for exercise, meditation, apple cider vinegar, and acupuncture. In fact, the only health-based searches that beat out CBD were diet, e-cigarettes, and yoga.

This tells us that CBD products are in the forefront of the mind of many Americans when it comes to health and wellness, which is good news for CBD brands because it means that their target market is growing in size.

If more people are interested in learning about CBD and all of its positive effects, is this interest translating into increased use as well? One look at the worldwide cannabidiol market and it’s easy to see that the answer is a resounding yes.

According to Grand View Research, the global CBD market is expected to experience a 22.2 percent compound annual growth (CAGR) between 2019 and 2025. [5]

This means that CBD use is growing exponentially faster than a number of other industries, some of which have been around for ages.

Some studies have surveyed Americans specifically in an effort to learn more about how many are using CBD.

For example, Consumer Reports conducted a survey in January 2019 involving more than 4,000 Americans and found that approximately 26 percent of Americans have tried at least one CBD product in the past two years. [7]

Regardless of which is correct, CBD sales are continuing to increase in the United States, growing from $108 million in 2014 to a projected $1.8 billion by the year 2022. [9]

So, more and more Americans are trying and using CBD.

The 2019 Gallup poll also discovered that people living in certain regions of the country tend to have higher CBD usage rates.

Part of the reason for these regional variances is likely because there are more states that have legalized all forms of marijuana—not just allowing it for medical use—on the west side of the country. This provides Americans living in these areas more exposure to CBD and, thus, a wider acceptance of it.

It also provides them more access to CBD products via marijuana dispensaries. If they want CBD oil, gummies, tinctures, or are interested in vaping, all they have to do is go to the local dispensary and pick these items up.

It’s not uncommon for different age groups to also have different behaviors. This appears to be true with regard to CBD.

The Consumer Reports survey found that the age group with the highest rate of CBD usage is individuals between 18 and 29 years of age, of which 40 percent have used a product containing CBD at least once in the last 24 months. This age group had the highest number of users in the Gallup study as well, which showed usage in the 20 percent range.

Both surveys further noted that usage appears to decline as age increases, ranging somewhere between 8 and 15 percent for individuals 60-65 years of age and older.

Why do more younger Americans use CBD? One could argue that they may be more willing to try a solution that has just now started to become more mainstream. Research has also found that the older generation tends to rely more on traditional medicine than complementary and alternative medicine. [10]

Though CBD has been connected to a variety of health benefits, two of the top reasons for using this cannabinoid are pain and anxiety. Together, these two medical conditions comprise about 60 percent of total CBD users. [7,8] This makes sense as both of these are major issues in our country today.

For instance, according to the Centers for Disease Control and Prevention (CDC), approximately one in five Americans struggle with chronic pain, with 8 percent having high-impact chronic pain that limits their life or work activities. [11]

The Anxiety and Depression Association of America adds that “anxiety disorders are the most common mental illness in the U.S., affecting 40 million adults in the United States age 18 and older, or 18.1% of the population every year.” [12]

Whereas some studies have looked at why people use CBD products, at least one has taken a more in-depth approach to determining whether reason for use varies by age. It would appear that it does.

The Consumer Reports survey found that use of CBD for stress and anxiety is highest among millennials at 32 percent, with only 12 percent of baby boomers using it for this purpose.

Yet, for those using CBD for joint pain, it is the baby boomers who were searching for pain relief at a higher rate than millennials at 42 and 15 percent respectively.

For instance, in 2019, CreakyJoints surveyed 1,025 patients with arthritis about their use of CBD. [13] Of these, 52 percent reported that they had tried it. Additionally, 45 percent said that they use CBD or marijuana even though they are already taking medications for their medical condition.

A survey conducted by the Arthritis Foundation found the CBD usage rate among this demographic to be even higher, with 79 percent of respondents indicating that the are using, have used, or are considering the use of CBD to better manage their symptoms. [14]

Using CBD is one thing, but whether it is effective is entirely another. Yet, according to many pieces of research, it not only works, but it works extremely well.

Ninety-three percent of the respondents surveyed by CreakyJoints who have tried CBD say that it improved their arthritis symptoms. The survey conducted by the Arthritis Foundation reported that 77 percent of people taking CBD for anxiety noticed an improvement as well.

Scientific research has also found promising results, with one study noting that 36 percent of CBD users reported that this cannabinoid works “very well by itself.” [15] Only 4.3 percent of the 2,409 respondents stated that it worked “not very well.”

With this nation in the middle of an opioid epidemic that is causing the death of approximately 128 Americans per day, CBD is also presenting as a good alternative to these particular drugs. [16]

The Consumer Reports study found that 36 percent of users take CBD in place of an opioid-based prescription. Another 47 percent use CBD as a replacement for over the counter (OTC) drugs and 33 percent use them instead of anti-anxiety drugs.

In essence, CBD offers a reduced reliance on man-made medicines and access to a more natural alternative that, according to Harvard Medical School, “exhibits no effects indicative of any abuse or dependence potential.” [17]

On a side note, Harvard also explains that CBD does not have the same side effects as THC. THC stands for tetrahydrocannabinol, the one cannabis compound responsible for creating a high feeling. However, since it is in such low doses in CBD products, you won’t have this same effect.

Research also reveals that users can expect minimal, if any, negative side effects when taking CBD. For example, approximately three in four users surveyed by Consumer Reports said that they did not experience any negative effect after taking CBD.

Additionally, if side effects are experienced, they are typically related to fatigue, diarrhea, and appetite changes. Though, researchers also stress that more studies need to be conducted to learn more about whether CBD has negative interactions with certain drugs.